The chairman of the Egyptian Suez Canal Authority, Usama Rabie, issued a statement on the 25th, saying that rescue of cargo ships stranded in the Suez Canal is still continuing and the canal has suspended its route. A person from a rescue company said that the rescue may take several weeks.

Rabbiye said in a statement that on the 24th, 13 cargo ships sailed into the Suez Canal via Egypt’s Port Said, hoping to move on after the stranded cargo ship floated. There are also dozens of freighters carrying important cargo stranded at both ends of the canal. At present, 9 tugboats and two dredgers have participated in the rescue.

Egyptian maritime expert Saleh Hegazi said in an interview with a reporter from Xinhua News Agency that if the sand in the vicinity of the stranded cargo ship can be successfully cleared, the cargo ship is expected to float within two days.

The Egyptian Pyramids online website quoted the person in charge of a Dutch rescue company and reported that the stranded cargo ship has a larger tonnage and the rescue may take several weeks.

On the 23rd, a heavy cargo ship flying the Panamanian flag ran aground on the new channel of the Suez Canal, causing channel congestion. The Suez Canal is located at the key point of the intercontinental zone of Europe, Asia and Africa, connecting the Red Sea and the Mediterranean Sea. The income from the canal is one of the main sources of Egypt’s national fiscal revenue and foreign exchange reserves. 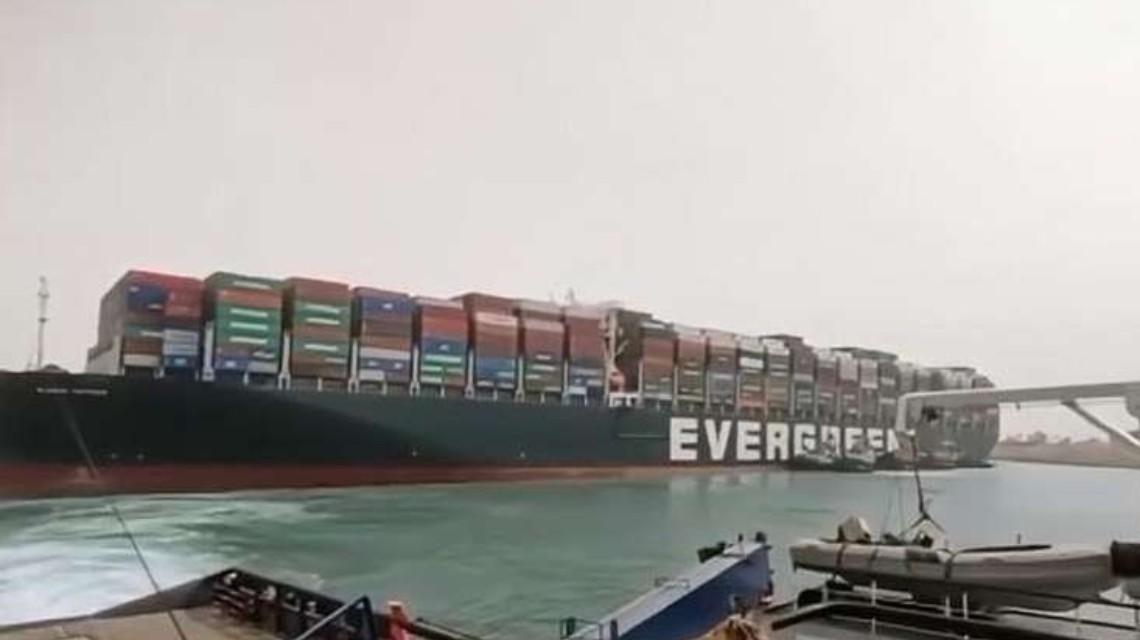